Add some pumps and ancillary equipment and your first batch is $100.00 per gallon
joshua

Post #3 made 4 years ago
by joshua
Exactly, it shows how easy it is to use "Cheap" 3 vessel equipment. Oh, those Good Old Days before BIAB!!!!
Honest Officer, I swear to Drunk, I am Not God.
PistolPatch

Post #4 made 4 years ago
by PistolPatch
That is a good illustration of the unnecessary complexity of 3V versus BIAB. There's a lot to say on the differences such as far more equipment needed, far more steps needed, far more labour needed, no temp control apart from insulation (unless pumps and or more burners added) etc but one thing that we don't often talk about and that this video illustrates quite well, is the tiers needed in 3V.

In BIAB, your HLT, Mash Tun and Kettle are all at the one height (tier) because they are the one and the same vessel. Hopefully the height you have the top of your kettle at is at around chest height. You start the brew day by pouring water into the kettle at that comfortable height. The brew day ends with you draining your wort into your fermentor which is sitting on the ground. Basically, BIAB is a two tier set-up. Compare this to...

In the video above, the kettle is sitting on the ground. How are you meant to transfer your wort into your fermentor though? You need to lift that very hot kettle up to waist level. This fact is ignored in this video and in so many other 3V vids.

Gravity 3V is actually a four tier set-up compared to BIAB's two. HLT - Mash Tun - Kettle - Fermentor versus [HLT/Mash Tun/Kettle] - Fermentor. If you want a true gravity fed 3V system, you actually need the four tiers which requires the top of your HLT to be about 180cm (6ft) in the air. You either need to pour boiling water into it at that height or add a burner/element to it. The video once again ignores these two massively inconvenient truths.

Before adding equipment visualise how it will actually work for and/or against you.

I've only written a few major inconveniences above but there are many more. Before you add vessels or taps, really picture how they will work on your brew day. Most importantly consider how much time they will take to clean and sanitise. Pretty much always, I have found that more equipment works against you.
Last edited by PistolPatch on 30 Aug 2015, 20:16, edited 1 time in total.
If you have found the above or anything else of value on BIABrewer.info, consider supporting us by getting some BIPs!

Post #5 made 4 years ago
by thughes
While I respect both methods, I have always made this analogy: 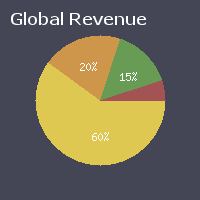 I went down a bit of a wormhole watching the posted vid...interesting stuff but looks like a hassle.

Anyway, I arrived at this particular clip where so blokes in the States do a BIAB that looks pretty straight forward and is most likley similar to what most of us do. There was a comment that critiqued the process which I thought was overly technical but also raised some interesting points. I'd been keen to hear what established BIAB people think of the following comments below this clip https://youtu.be/hVYXUbKan_8 (warning: quite a lengthy read):

1. It is better to dough the mash in cold, 55 to 60F. Only, in the home/craft brew and grain distilling world is mash doughed in at a temperature which activates enzymes before mash pH is adjusted. Doughing in with cold water allows the brewer the opportunity to adjust mash pH before enzymes activate. This is very important, when an optimum temperature such as 152F is used, pH for the active enzyme must be optimum, as well. Otherwise enzymes will be negatively impacted. It is not a bad idea to use a pH meter.

2. When mash out is employed along with the single method, a type of starch called complex starch (amylo-pectin) enters into solution. The starch is heat resistant and it does not begin to burst until 169F. Mash out denatures enzymes and the complex starch will not be liquefied by enzymes. The starch ends up in the final product, reducing quality of the beer. Complex starch is partly responsible for body, and since, a temperature was not used which releases the starch, except during the time when enzymes were wiped out, the beer will lack body. The dextrinization rest forms A and B limit dextrin which form body. A dextrinization rest was not used. Limit dextrin is tasteless, non-fermenting sugar and it must not be confused with sweet tasting, non-fermenting sugar.

3. It isn't a good idea to squeeze out the liquid from the bagged mash. Protein mud that that grain bed catches is transferred into the wort and it ends up in the bottle, further reducing quality.

4. It is wise to use a temperature and pH which activates Beta, the rest is called the maltose rest. During the over extended rest at 152F, Beta denatured, rapidly, leaving Alpha to liquefy simple starch, amylose, at a 1-4 link. When the chain is liquefied, two chains form. The chains are called the reducing end and the non-reducing end. Alpha, continues to liquefy the reducing end until there aren't any 1-4 links left and sweet, non-fermentable sugar is left. Alpha cannot liquefy the non-reducing end because it is highly fermenting glucose. Since, Beta denatured, conversion did not take place. Beta converts glucose into maltose and malto-triose, the types of sugar which makes real beer. Enzymes convert starch into nothing. Beta converts one type of sugar into another type of sugar. When the term conversion is used in the brew house it is not attached to the word starch, the term used is mash conversion. Saccharification and conversion are not one and the same.

2. When a single temperature, single rest method is used to produce beer, it must be assumed that the malt is perfect and that the various enzymes within the malt will work harmoniously and in balance at a single temperature. Malt of that nature does not exist on the planet. To produce IPA, several temperatures are needed. To make home made beer only requires malt to be soaked in hot water. The wort produced during the demonstration was sugar imbalanced and glucose laden. It is inherent with beer produced with single method. There is no need to use a second fermentation vessel with home made beer due to high glucose level and sugar imbalanced wort. The other reason for not the need of a second fermentation vessel is due to home made beer not containing maltose and malto-triose. During second fermentation yeast absorbs maltose through the cell walls and converts it into glucose. The glucose is expelled and fermented and gravity decreases. The same thing occurs during the aging cycle with malto-triose and natural carbonation occurs. Real beer does not need to primed or artificially carbonated, home made style beer does.

The wort produced during the vid was unstable and the final product will be loaded with albuminous protein, beta glucan and it will lack body. The beer will deteriorate before adequate aging takes place. Hence, home made beer goes from the boiler to the belly in six weeks. The single method was never used as a method to produce beer. The method is used by the agencies that test malt. The temperatures which are found in every recipe for home made beer are the three temperatures used during testing procedures. Other than home brewers, the grain distilling industry uses the method, but, they aren't producing beer. However, they call the liquid moonshiner's beer. When home brewers produce moonshiner's beer and add hops to it, moonshiner's beer becomes whatever the recipe that the brewer followed, named it.﻿

Post #7 made 3 years ago
by Mad_Scientist
Sorry Goodtime - we don't go down wormholes on this site. I know one statement is not true and because of that this post may be moved off the board.

If you yourself want to start a new topic, please do so. You will get good information.
Brewing with MS; https://goo.gl/photos/puZUgG8QRp7p8gLd9

Post #8 made 3 years ago
by ShorePoints
I'm with MS on this. It does not move BIAB or this forum to a better place by spending brain cycles trying to fix things posted elsewhere. I read your post's quote and felt that there were some things a bit off. If you posted it as your own thoughts, polite discussion involving different takes might follow.
aamcle

Post #9 made 3 years ago
by aamcle
Mmmm apparently I've not been drinking beer it's unstable maybe I'll turn into a Marvel Comics Super Villian.

Ha ha, was it green & bubbling though?

I think the only correct bit of info in that statement is the bit about enjoying the demonstration.
Last edited by mally on 23 Sep 2016, 14:45, edited 1 time in total.
G B
I spent lots of money on booze, birds and fast cars. The rest I squandered
I've stopped drinking, but only when I'm asleep
I ONCE gave up women and alcohol - it was the worst 20 minutes of my life
bxefer

Post #11 made 3 years ago
by bxefer
Here in Brazil the 3V is popular specially with people that have enough room for the equipment, with setups of 20L or more. Their focus is higher efficiency, around 70%.

People like me, living in an apartment (or with an angry wife - not my case xD) and with 20L batches, the BIAB is the answer. The whole Brew process is faster and, as said before, i can do it in my home stove. I can live with 50% efficiency.

I thought about "upgrading" (3V fever), but why bother?

Mad_Scientist wrote:Sorry Goodtime - we don't go down wormholes on this site. I know one statement is not true and because of that this post may be moved off the board.

If you yourself want to start a new topic, please do so. You will get good information.

Post #13 made 3 years ago
by jhough
Me thinks its just someone wanting to degrade BiaB.
bxefer, I've never done stovetop BiaB , but 50% efficiency is quite low. Maybe you should post a Biabacus file so we can help you out.
J
Contrarian

Post #14 made 3 years ago
by Contrarian
From a technical perspective elements of that may be correct but whether or not anyone can taste the difference in blind testing is more important.

I'm sure I have also read about professional brewery's that use a single mash temp for some of their beers.

BIAB is a quick, efficient and fun way to make great beer. It isn't chasing the same goals as a professional brewery and nor should it!
Muggy Dawson

Post #15 made 3 years ago
by Muggy Dawson
I'm probably one of the lucky few that actually has enough space at home to fit a 3 vessel contraption, but why do it?
There's no way I can justify the money and time spent cleaning when compared to my BIAB set up.
Stout, Stout, Stout, and some other stuff...
15 posts
Post Reply

Brewers browsing this forum: No members and 4 guests